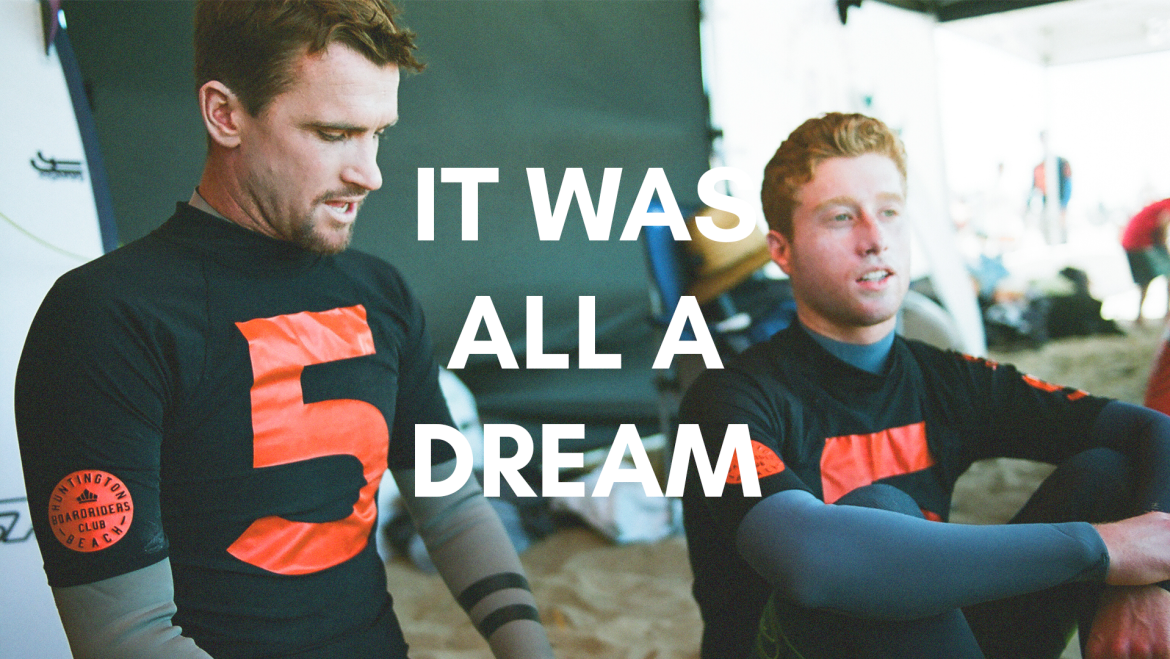 As a playful, mid-period south swell kicked around off the point at Salt Creek, six newly-formed surf clubs battled it out in the latest installment of the West Coast Board Riders Club Cup.

“You’re sitting out in the water, and the time is ticking down, and you feel this pressure because the rest of the team is relying on you to get a good one and get back to the beach in time,” added brother Dane.

Excitement has been steadily growing around the surf club scene of the past 12 months as more and more clubs have been popping up. Representing the six major powerhouse surf towns in Orange County, San Clemente, Laguna, Newport, Huntington and Seal Beach were all in attendance as the Dana Point Board Riders Club hosted the shindig.

“The reason I was so into getting the club together was because in the early ‘60s my father, Daryl, was a Windandsea Club guy…it was like being on the world’s greatest surf team at the time when Phil Edwards was like Kelly Slater,” explained Dana Point club founder Eric Diamond. “Along with Hobie’s whole gang—a.k.a. The Dana Point Mafia—including Corky [Carroll], Mickey Munoz, Phil Edwards, etc, it was a really fun era. When the Huntington guys approached me with the West Coast Board Riders organization I was on board. I called up Pat O’Connell, asked if he’d run the team and we were stoked.”Proof positive that these clubs aren’t comprised of weekend warriors, each town brought some of its heaviest firepower. San Clemente was over-stocked with talent, Brett Simpson, Micah Byrne and Jeff Deffenbaugh were all repping Huntington, Newport and Seal were both well-armed, while, unfortunately, Laguna was a no-show at the last minute.

“We set up some tombstones and had a little mini funeral on the beach for [Jeff] Boothy and Hans [Hagen] and the boys,” heckled Diamond in true surf club fashion.

The talent on hand made for good viewing, but the whole goal of the surf club movement is to bring communities together and create friendly, competitive camaraderie. With divisions ranging from 14 and Under to 50 and Over, the idea’s to be inclusive not exclusive. By the time Dana Point and San Clemente got their act together and assembled a team, Seal, Huntington and Newport already had a few events under their belt, but based on the vibes on the beach at Salt Creek on Friday, this thing is only going to continue to build momentum.

“These surf club events are the funnest ones I’ve ever done,” said Jason Shook, a Seal Beach legend surfing in the 50 and Over group. “It’s great to get all the different generations from our town together and give everyone a reason to cheer each other on and get to know one another a little better. And to have all these different teams up and down the whole coast getting together, it’s really what a surf contest should be all about.”

High fives are great, but at the end of the day everyone wanted to bring home the win for their town. San Clemente’s firepower proved to be too much. The Gudauskas boys, Nate Yeomans, Ian Crane, Benji Severson, national champs Cole Houshmand, Crosby Colapinto and Kade Matson brought the heat, but maybe most special of all, was Matt Archbold anchoring the team. The godfather of San Clemente radness, nobody could quite figure out the last time Archy competed, but he may have been more stoked to be there than anyone. When he got the call to see if he’d be interested in joining the team he simply asked when and where.

“It’s my hometown, of course I was coming down,” grinned Archy, who had the whole team giddy with excitement.

San Clemente waltzed to victory. The bar for the West Coast Board Riders Cup has now been set ridiculously high. That’s a good thing. The next comp goes down on September 1st on the south side of the Huntington Beach Pier. It’s a safe bet a few clubs are going to be doing some recruiting from now until then.